How can I get survey logic through the API? 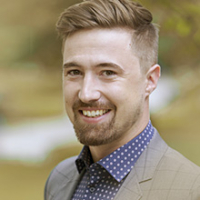 Recently, I've developed some tools for getting surveys from the API and formatting them as nice, clean PDF files. As of now, they work well for blocks and questions. I'd like to extend them to include survey logic (survey flow branches, display logic, and skip logic). The issue is that none of these things are fully described in the json returned by the get survey API. Survey flow branches are indicated, but not identified or annotated in any way, and the other two don't appear to be present at all.

This is especially strange to me considering the .qsf (json) exports that can be manually exported from the survey editor interface include extremely detailed information about all three type of logic. Unfortunately, they seem to use a different system of internal identifiers for questions, though there seems to be agreement on the user-defined names, so a cludgy work-around is probably do-able.

(practical)
1. are there undocumented parameters that would force the API's response to include more detailed information about logic and flow?
2. is there a way to programatically get the same .qsf file that would be exported from the survey editor interface?

(curious)
3. why is it good or helpful to have the api export a different set of information than the editor interface?